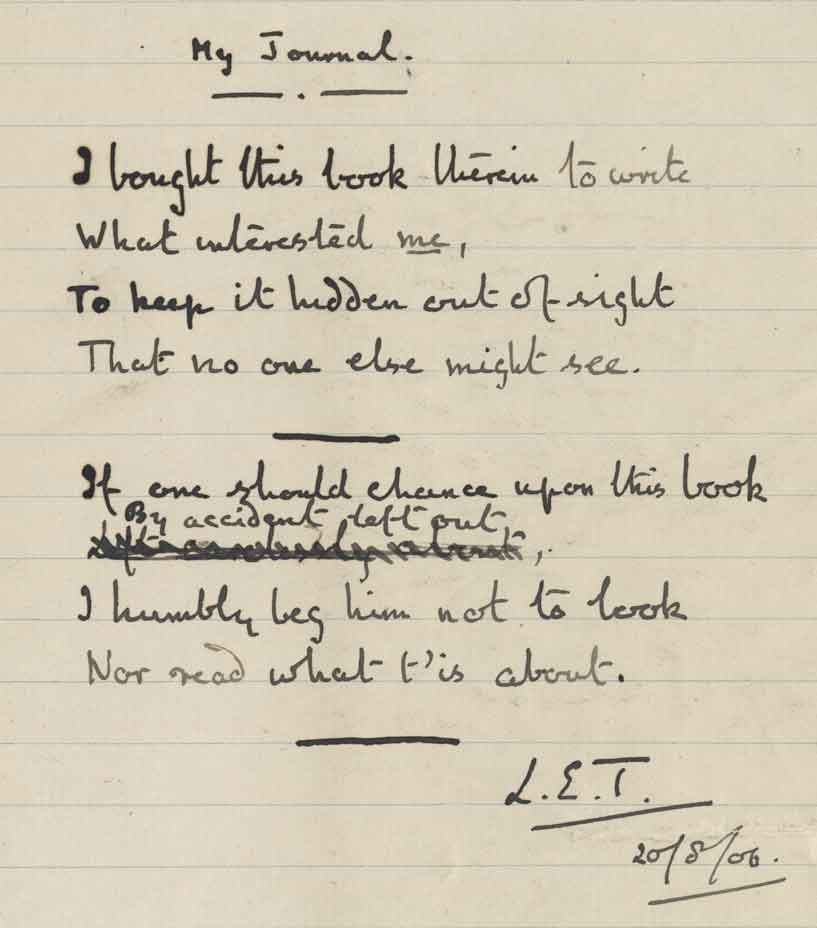 This Journal in 4 volumes was kept during my last year at Westminster from Sept 1908 to July 1909 when I was Head of my House. The circumstances in which it was written were unusual in as much as, owing to the fact that my Father was the Housemaster, I was living partly at home and throughout the period retained my own private bedroom. I was able, therefore, to write the account of each day — and did in fact do so — in bed every night while the events were fresh in my memory. I doubt if it would have been possible — or at any rate it would have been very difficult — to have written it so fully under normal conditions of School life.

Although I had looked at it from time to time — often, it must be confessed, with some distaste, even with a desire to destroy it — it was not until last year (30 years after it was written) that I read it through carefully as a whole. I am bound to say that I found it to be far more interesting that I had anticipated. There is, of course, much that I deplore. It is in parts, as one might expect, crude, priggish, prejudiced and irritating, but it does in fact give, I think — partly by the very triviality of the events recorded — an exceedingly vivid impression of the Westminster of that time.