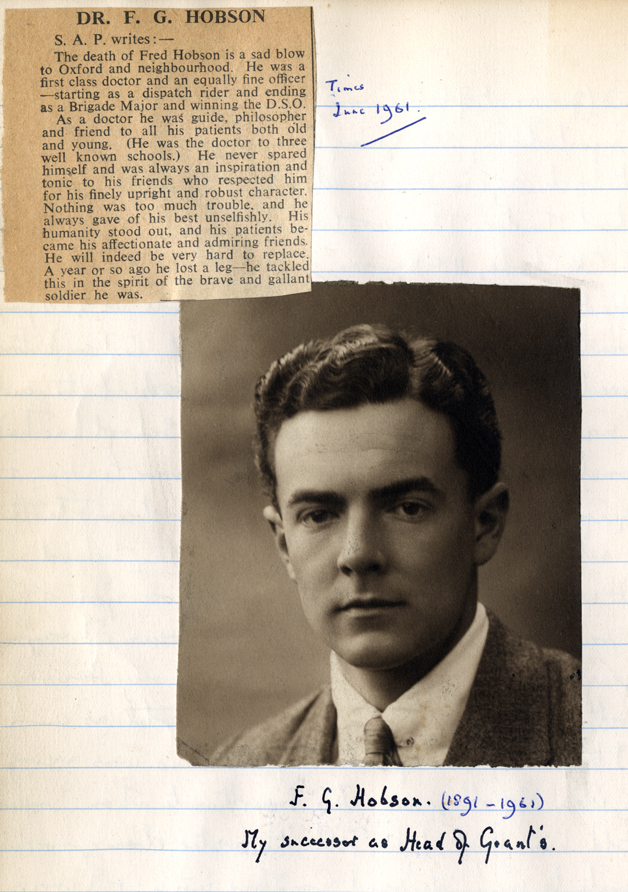 I was first down of Chiswickites to breakfast this morning but nothing happened worth recording. I went to Abbey by myself and found Mr Benvenisti in the next stall to me. We again had a beautiful service and the Psalms seemed to me rather specially significant and they sang one of my favourite chants to one of my favourite psalms ‘O pray for the peace of Jerusalem’, and we ended with ‘Oh! God our held in ages past’ the one hymn the School really sing and the effect is magnificent though horribly moving. The Dean read the School Prayer.

Then Low and myself walked about Yard together until Gow went up which he fortunately did fairly soon. He first read out Election results and then removes and then gave away prizes. For getting top of the form I was presented with a sumptuous and learned volume: somebody’s ‘Greek Sculpture’. It is extremely beautiful and when I have on white-kid gloves I may possibly dare to turn the pages! After prizes, epigrams and I read my one ‘My Epi’s’ sad lot etc. (see Monday July 26th) and like a fool was nervous. however it was well received and I got my silver penny which was stingy of Gow, last year he gave me a complete set for my epigram. G.G. Williams’ and Low’s were perhaps the best.

Then came the horrible going-out of office and making of the new School-monitors. Barrington-Ward takes the birch from the drawer and gives it to Gow pointing the ‘business’ end ‘up’ School. He then turns it over in Gow’s hand so that the business end (for want of a better word) points ‘down’ School to the Door thus symbolizing the going out of office, the incoming Captain turns it back again and so on alternately first an outgoing and then a new School Monitor. The new Monitors are K.D. Murray (Captain), E.W. Williamson, E.C.K. Clarke, H.F. Rawson. From that moment I ceased, I suppose, to be Head of Grants. It was beastly.

Afterwards we have prayers, the new Captain reading them. He ploughed through all the benefactors, a not usual proceeding about 30 of them! Gow at the end after the blessing made a little oration, said that the School had had quite an exceptional year and talked about those who were leaving and ended by calling for three cheers for us and we were cheered to the echo. Finally he asked those who were leaving to stay behind and shook hands with us all remarking to me ‘we shall see you often’.

The next hour or so was spent in the ‘charming’ process of saying goodbye to dozens of people. I think I saw most of my House and shook hands with them. I gave the ‘Annals’ to Startin as a fagging prize. I tried to cheer up the Professor who was very miserable at the idea of College and also Smurthwaite whom I implored not to worry. I told him that if he felt the water closing over his head he could write to me! We said Goodbye twice and I was sitting in inner when he rushed in again with out-stretched hand and clasped mine and then rushed out again without saying a word. I was very much touched at this demonstration…

Saying Goodbyes kept me employed until lunch when I discovered to my exceeding joy, of course, that the Home Boarders contingent of the Cadet Corps were coming up Grants to lunch. After lunch the Cadet Corps went off to Camp and I said goodbye to Hobson, my successor, and wished him every success with all my heart.

Ichabod! Today I have laid down the cares of office and a high position. I have quoted, I think before, a recorded remark of Peel when he was Prime Minister that all through life one was never quite so great a man again as when one was in the VIth Form at Eton and George III bore witness to the same effect. What am I to say then? To be maudlin and sentimental on becoming an Old Westminster is easy enough. But is it not, or rather ought it not to be, a time of great thankfulness? Such, I thank God for it, is my predominant feeling as I write this, thankfulness for 9 long and happy years which nothing can ever take from me. I close this journal of my year as Head of Grants with the prayer that it may not have been entirely unprofitable, that I may have done some good, at least, I hope so.