. Gordon arrived at ┬╝ to 4 and stayed for about quarter of an hour. He told me he has purchased a Collie(!) to have at Cambridge. I at once told him he would be safe to get bitten, collies being proverbially treacherous. He seemed disturbed at the idea! He goes up on Thursday.

. After prayers I found Boult in the Yard. Took him off to tea with Father and then left him to attend a meeting of the Shakespeare Society and try and set his wobbly Society of my creation on its legs. We got up about 9 members and I was elected President with Low as Secretary and Bonner as V[ice] President. I brought Low back and showed him the beauties of ‘Grants’ and then walked with Boult round St. James Park.

The House behaved angelically between 9 and 10 and all were in when I went round the dormitories, though the new boys only just pulled up the clothes as I turned up the light. Aunt Mary and myself made a journey up Library this evening, partly for me to get a book and also to get Hobson’s which had been left ‘Up School’. Up-School by the light of the solitary candle I carried is weird in the extreme. 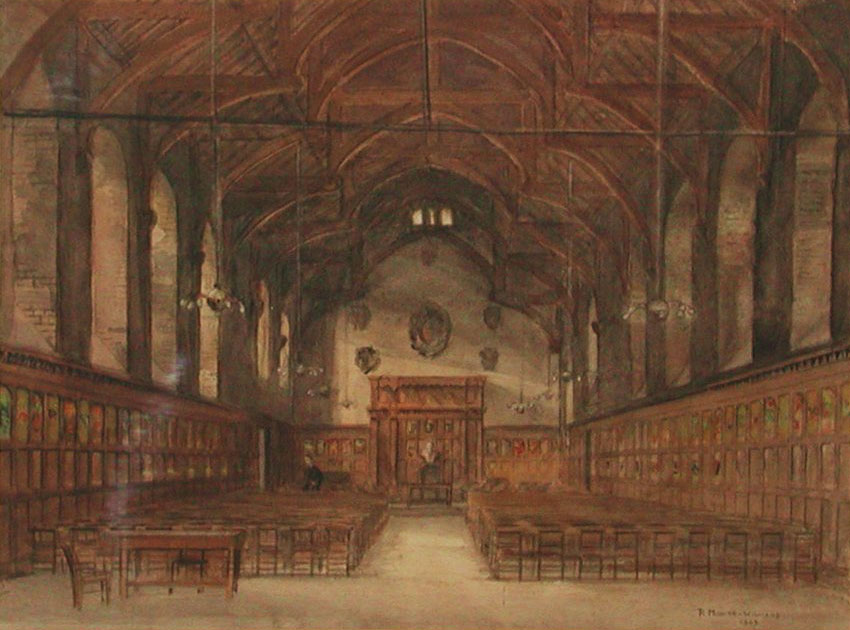