I have been so fierce today that I am quite prostrated in consequence. This evening I had the younger John ‘up’, a most agitating process for me and (let us hope) for him! Hobson who had been taking Prep came back and said he had caught John talking so at 9 after prayers I let out a ‘Hall’ and John J. peered round the door. ‘Send your brother here’. Pause, meanwhile I went and stood with my back to the fire-place the traditional place of the Head of House when conducting a ‘case’, Hobson on my right. Enter John D., apparently much agitated. 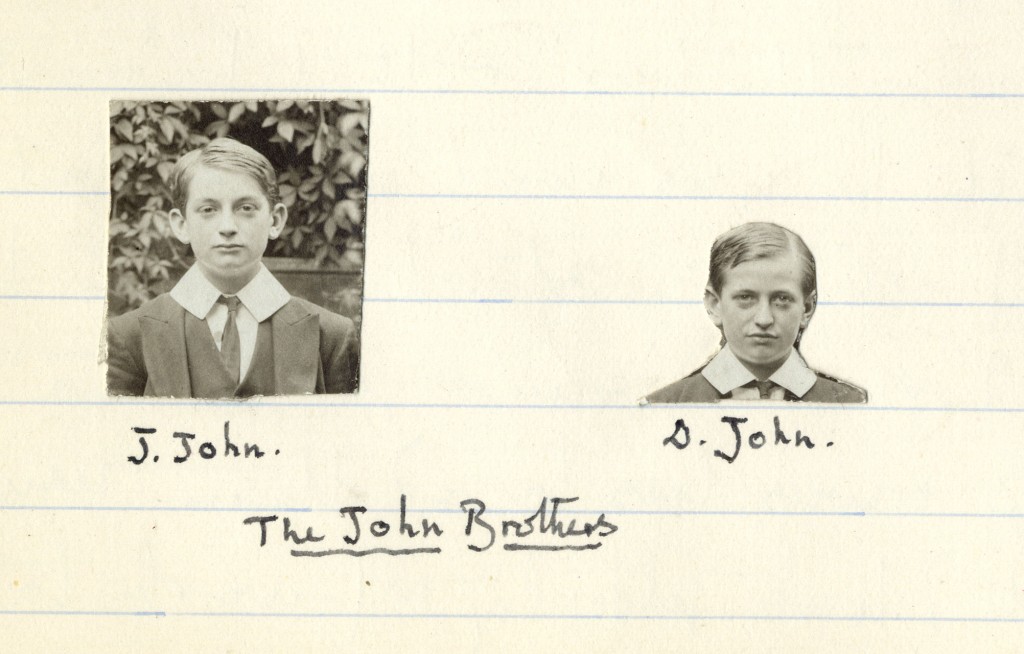 Tanner: Shut the door and draw the curtain (this to give us a minute!) Take your hands out of your pockets! You have been shown up to me for talking in Prep. Any excuse?

John: I only asked for a ruler.

Tanner: Why didn’t you ask Hobson’s permission to do so, you know as well as I do, you must ask the monitors permission before you speak to anyone.

Awful pause John having metaphorically not a leg to stand on.

Hobson: You often speak in Prep.

Tanner: Yes it’s not by any means the first time this has been noticed. Any excuse? (pause) Go out!

Interval ostensibly for the monitors to consider the culprit’s fate but as we had decided not to convict before we ‘had him up’ all we did was to feebly giggle. Hobson remarked he seemed thoroughly frightened, ‘white as a sheet’ as he put it, while he confessed that he nearly laughed. I was also inwardly much amused during the interview, chiefly at my own efforts to be fierce.

After a decent interval I shouted ‘Hall’. Enter John doubtfully

Tanner: (sternly) We have — TAKE YOUR HANDS OUT OF YOUR POCKETS (this outburst of mine fortified me hugely!) — we have decided to let you off this time and only warn you. You know that you mustn’t talk in Prep, you seem to think that you can make as much noise and do what you like, well you are mistaken. Don’t let me see you talking in Prep again. That’s all. You may go.

This entry was posted in Discipline and tagged John brothers. Bookmark the permalink.