Hobson went into breakfast with Father this morning so I was left alone. ‘Middle’, perhaps only my imagination, seemed rather constrained and I was quite glad when the meal was over. We had a somewhat unexpected ‘play’ today so we got off Forbes this afternoon. Father took prayers as Gow, as he confessed, had forgotten all about them, however ‘you ought to be able to sing by now’ says he to Father!!

At lunch Marriott, in a cold tone, asked Hobson to pass the salt, this I believe being the first word he had said to him since Tuesday. Rawson sprung on me a yard-tie so I braced myself for an effort and said I would play. Borrowed a pair of Hobson’s ‘footer bags’ [football boots] and changed for first time in Upper Changing Room. My Yard-tie consisted of Hodgson (substitute for Whitmore), Smurthwaite and myself against Miles, Smith and Sedgwick. Of course they were too good for us and beat us 17-5 but as Miles (who is at present desperately anxious to please me) remarked at tea it wasn’t a bad game. I was secretly pleased at the great applause when we got a goal. I myself developed into a Back as being least in the way there and did not make a hopeless fool of myself. I told Tunnecliffe afterwards how energetic I had been and he remarked that ‘it was jolly sporting of you to play at all’. I am sorry but little remarks like that quite cheer me up… 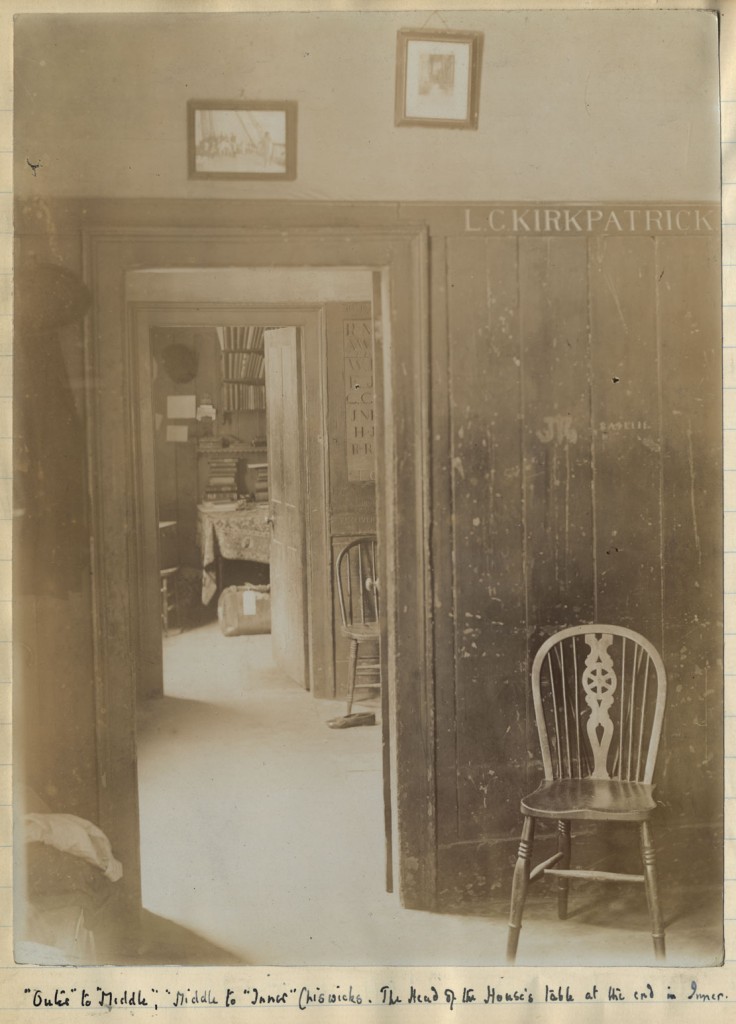 Rawson told me that Brown cut Gym yesterday, as he is a Chiswickite I only warned him by asking him why he didn’t go. He said he had been drilling and then had P.T. [Physical Training]. I asked him what time he got out from P.T., a nasty one, for he looked comfortable and said ¼ to 3 and hastily mumbled he had hurt his arm. I then pointed out to him the fact that at the time Gym had just begun and there was no reason why he should go late, and if his arm was so bad he had only to come to me to get leave off and furthermore as long as he was on the Station List he had to keep ordinary station.

We started quite a good rag motion in Deb. Soc. this evening, ‘That this house would welcome the turning of Green into a Kitchen Garden.’ Proposed by Bonner and opposed by Troutbeck and seconded by G. G. Williams, and caused much amusement. I had a hard experience in the Debate on the Licensing Bill after the proposer, seconder and Opposer had spoken I got up and found myself speaking quite fluently and also that the house was listening to me with great attention punctuated ‘Hear hears,’. I had called some not uninteresting facts from an article in ‘The April Quarterly’ which I retailed [sic] to the House. The Debate fizzled out after ‘my speech of the evening’? owing to the absence of Barrington-Ward who was indisposed I knew he was feeling very seedy and apparently he had had neuralgia. I amused myself this evening by writing up the Deb. Soc. Ledger up to date.