. With superlative energy I played Fives this afternoon with Hobson, Rawson and Tunnecliffe. Considering I hadn’t played for over a year I got on better than expected. Tunnecliffe had never played before.

Barrington-Ward this morning showed me the ‘History of Scholarship’ by Sandys which has just been published and which has an appreciation of Rutherford [Head Master of Westminster School 1883-1901]. We were both annoyed to find Peter Elmsely put down as a Wykehamist and I strongly advised Barrington-Ward to write and correct this, he was of course a Westminster. 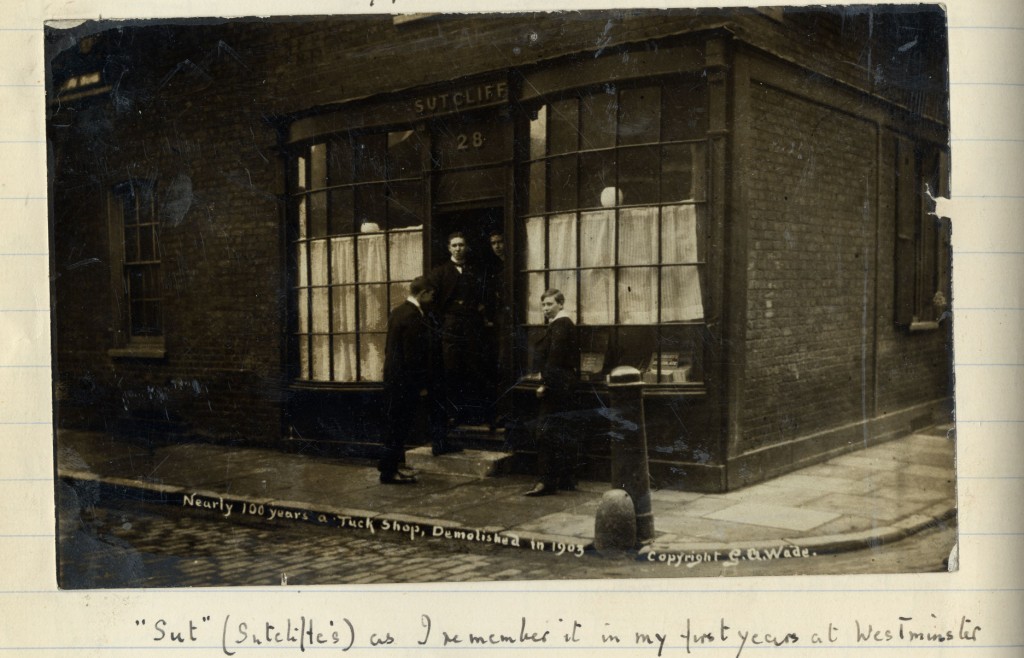 Speaking of Rutherford there are two things I shall always be glad of, one that I was a year at Westminster under his commanding and awe-inspiring personality and the other that ‘Suts’ was still going and I tasted the delights of ‘Sherbet’ and ginger biscuits to the accompaniment of ‘Comic Cuts’ which was always laid on the little counter of her shop. It was the last of the old shops of Westminster.

This evening I went over and saw Mrs Boult at the flat. She was very nice but I missed Adrian and they have refurnished his room for Miss Patterson which rather grieved me.

Great excitement this evening — Sorley got locked in the Bath Room. I wondered why he wasn’t in his Dormitory. I now hear Sedgwick climbed in from the Lavatory and affected a gallant rescue. He has a resourceful mind. I successfully stopped somewhat noisy play in Yard after 9 o’clock. I thought as College was having its Literary Society in the Raynor Drawing Room with the windows open I had better do so or we should have the ‘little man’ complaining.

One Response to Friday October 16th