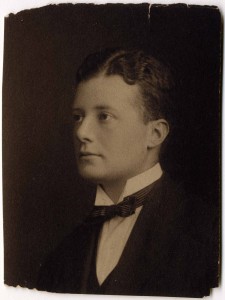 …I have been trying to console Low whose scholarship is being debated today, tomorrow we shall see if he gets anything.

On Monday John Sargeaunt told me Sir Clements Markham wanted to see me and had a book for me so this evening I went round to call. Sir Clements is without exception one of the most charming and generous old men I know; it is a pleasure to talk to him. I showed him my Heads of House list and he was interested and thought that Gillett was Head in 1842. ‘Gillett’ he said ‘was like Tom Pinch in Martin Chuzzlewit: very tall and always fighting. He had a fight with a ‘sci’ and nearly killed him, near the Pump, anyhow injured him badly’. Talking of his contemporaries he said he had a ‘Grantite boy’ to see him yesterday, Somerset! Raglan Somerset I may say is 77 years of age!…

Before I left I sowed a seed but whether it will grow I know not, I told Sir C how the numbers of the School were going up and particularly the Boarding element and that really, as Rigaud’s and we [Grant’s] were full it was getting a great problem what to do. Sir C at once said that if there were more boarders there must be more houses and we discussed it for a little.

Going round Dormitories tonight I stayed a minute in the 3-bedder and inquired after their songs and went on to tell them that they were going to take part in an historic occasion tomorrow at the Play. I told them a little about royalty coming to the Play etc. and a few other details and they seemed quite pleased and interested and only had the vaguest of ideas about it before.