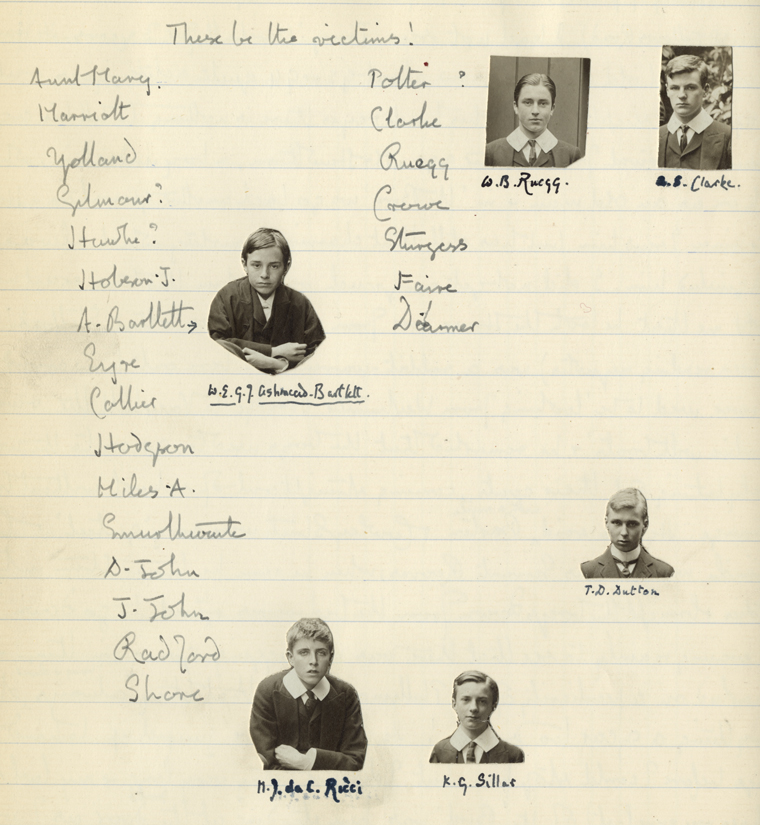 ‘The School is completely decimated scarcely a man remaining’ to quote a pleasing misuse of words. In 9 years’ experience I never remember so few people in Abbey as there were this morning. While saying the long Creed one could have counted the people on my side of Poets’ Corner. Of course, I didn’t but one might have done so! There was a bad fog while the ‘flu’ victims are many. At lunch 21 people were absent and since then Crowe, Gilmour and Shore and perhaps Hawke have succumbed and also Aunt Mary! For a wonder I find myself one of the last survivors. Colquhoun having become a half-boarder for the moment, there were only 11 of us for Prep tonight and going round dormitories at 9.30, Whitmore was in solitary state in the Big Dorm and Frampton in the 6-bedder. The 3-bedder is at present untouched; the Professor informed me that they wished to elect him for the ‘Greaze’ tomorrow but eventually the ‘unwilling Dutton’ as he put it, was elected.

The ‘flu has been the topic of the day. Chiswicks at present remain more or less untouched but we were anxiously analysing our feelings tonight. The only thing to be done seems to be to take doses of quinine and put our trust in Providence!