It is no good. I tried hard to be ‘a very great seigneur indeed’ tonight but like Rowland Edwards and his philosophy ‘my cheerfulness kept breaking in!’ In other words I had up Sedgwick for being out of bed. He said he hadn’t heard the half strike. ‘Have you a watch?’ said I.

‘Yes’ say he ‘only it is always slow’

My fatal mouth, it would twitch do what I would and I fear he saw. However, I sent him out and after a decent interval had him back and delivered this not over brilliant harangue horribly conscious of the fact that Hobson, inwardly gurgling, was standing next to me! 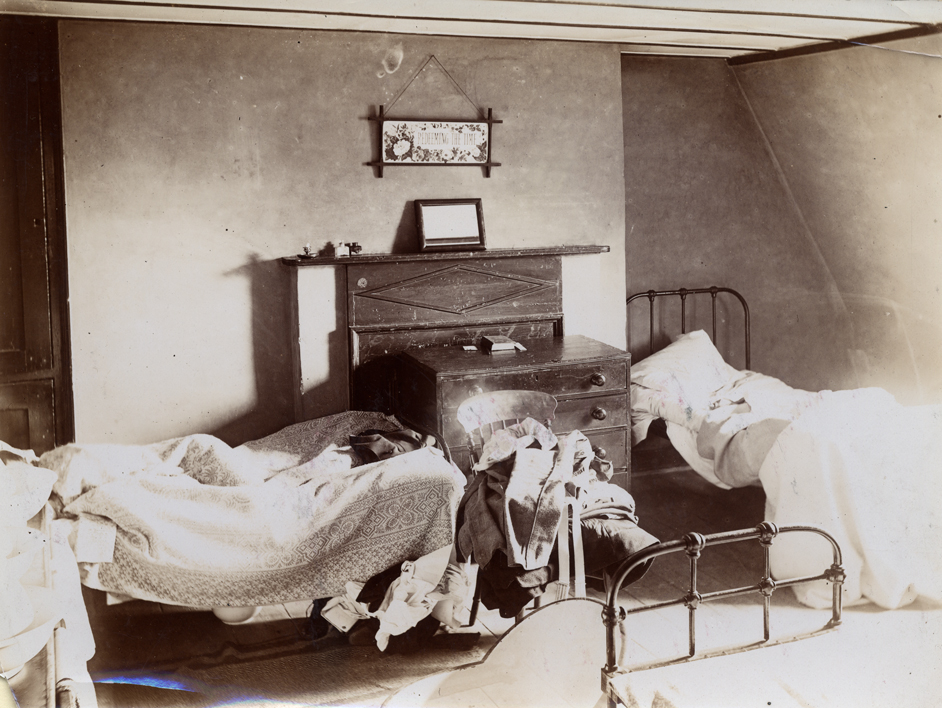 ‘We have decided to (brutal me! I paused here) let you off this time but at the same time it is only because we have not ÔÇ£had you upÔÇØ before that we are doing so. It seems impossible to impress on you new boys that you must be in bed by the half. You three in the three bedder have given us a lot of trouble this term. You were out of bed 5 times out of 6 nights which is I believe a record in the first fortnight and I was seriously considering whether I wouldn’t have your substances up and tan them in your place. There is no earthly reason why you shouldn’t be in bed in time. You have heaps of time. You, have less excuse than the others because you haven’t got to do our tables; it is simply because you won’t hurry and stay about in Mrs Thresher’s room or play about on the landing. However we have decided to let you do this time, so you may go, but don’t ever be late again or you won’t receive such lenient treatment’.

Hobson dashed my pride by saying he didn’t believe he was a bit impressed and was almost inclined to smile. I do not think so. I think he was slightly agitated and I think it will have some effect on him.

This afternoon I walked with Sargeaunt up to Webb, Miles & Co. and ordered a pair of trousers, also to Strand, Son and Richards and ordered an Overcoat.

We had no Deb. Soc. tonight as all the King’s Scholars were away, this being the ‘setting up’ night for the Play. This, formerly one of the most jealously guarded secrets, is now but slightly kept at least in the Upper School, the parts are pretty generally known long before the 1st Play Night.

I went up to Sandows. I forgot to mention the last time I went there I amused and shocked my man by saying that I felt perfectly ill after looking at Mr Sandow’s book and no one had any right to publish such unpleasant pictures. Whatever happened he must promise not to make me come out all over nobbles and bumpts where undeveloped muscles had been brought out!

At lunch today Marriott and myself spoke like brothers on ‘The Scarlet Pimpernel’ and Shakespeare’s plays (pardon the conjunction!)

The children were so much in bed tonight that only, or so it seemed to me, the tops of their heads were visible, even as this morning when I went to breakfast ‘Hall’ were standing in two parallel lines in their places at table instead of scurrying from the fireplace. Truly it seemeth efficacious for the moment! I wrote House Notes this evening for The Elizabethan and Barrington-Ward is back in School again today I am glad to say.