After careful consideration of the Dearmer question Father, Hobson and myself determined to leave the matter for a week or so. Yesterday, the week having expired, I determined to tell Hodgson as Head of Hall the bald fact that henceforth ‘basketing’, as it is called, would be looked upon as a House offence and treated accordingly and leave him to draw his own conclusions as to how much I knew. Hobson tells me that the practice (I won’t call it a custom as it has no age or interest) is much commoner than I ever knew. He says that every new boarder is ‘basketed’ with ceremony some night early in the term after tea and when everybody is out of the way only Hallites being admitted and Chiswickites only by invitation, a practice which I have no hesitation in trying to stop as pernicious and abominable, but I shall be unpopular for the moment.

Gow gave a ‘play’ to the ‘Big-Game’ today much to my disgust [i.e. a half-day holiday to those playing in a sports match that afternoon]. I tried to stir up Barrington-Ward to ask for one for the whole School. I walked with Sargeaunt up Regent Street this afternoon and all but slept through afternoon school with Forbes. Why should the white page of a book produce this effect on me in the afternoon? 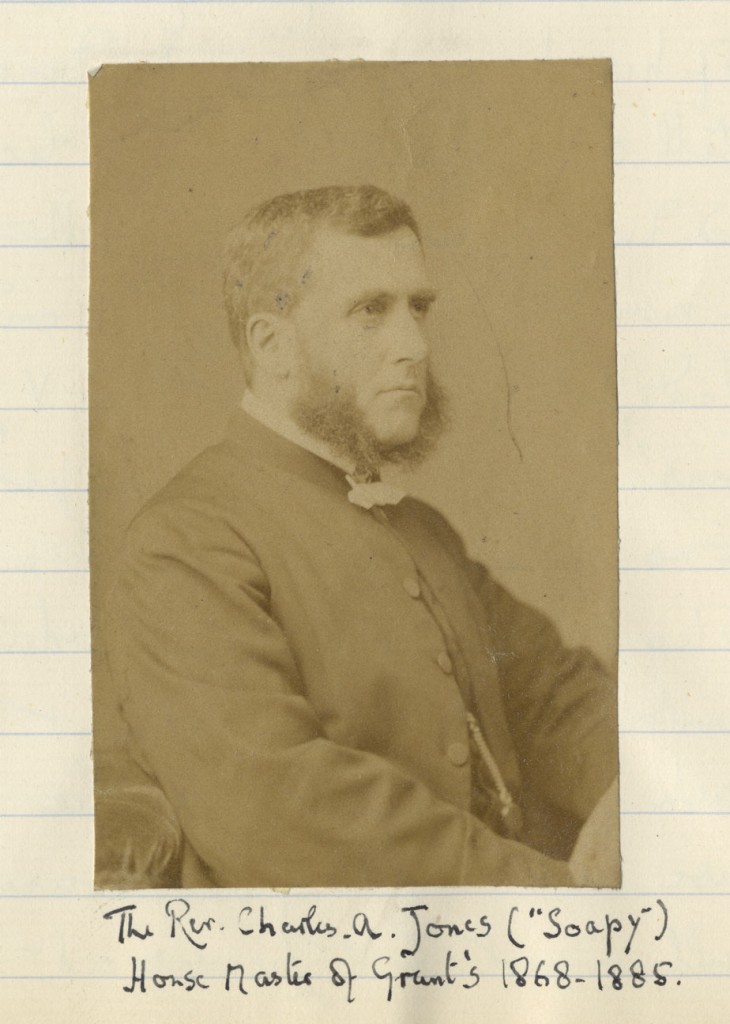 Incidentally Rawson told me a delightful story of ‘Soapy’ Jones (Housemaster 1872-1885). When Rawson’s father was here, one day they caught a mouse and held a trial on it and condemned it to be hung(!) for which purpose they rigged up a gallows. At his moment Jones came in and exclaimed ‘Oh! You cruel boys’ and taking up the gallows, mouse and all threw them into the fire!!! Stories of Soapy are endless, white mice in his wife’s bed and the famous one of the mysterious tapping (caused by a toothbrush I may say) on the Drawing Room window during a dinner-party. Jones, opening the window to see what it was, when by the ‘merest accident’ a jugful of cold water descended on his up-turned face!…