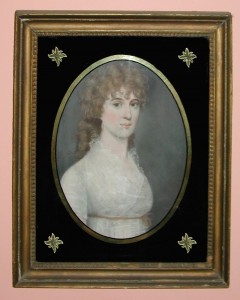 The great event of today has been my visit to the Wakefields at Potters Bar [see February 3rd, January 30th and January 28th]. I caught by accident an earlier train at King’s Cross than Mr Wakefield suggested and so when I got there there was no one on the platform looking out for me. I made one bad shot, going up to a person who seemed to be looking about. Eventually Mr Wakefield came down by the next train and as he was carrying a life of ‘Edward Gibbon Wakefield’ (OW and Great Uncle of Mr Wakefield) he was not difficult to recognize.

We had about 15 minutes’ walk to the house which is quite a tiny cottage right on the Great North Road. The Wakefields are very badly off, I imagine, indeed I gathered from Mrs W, that almost all their money had been swallowed up in the great Wedderburn Case which lasted 32 years and was supposed to be the original of ‘Jarndice v. Jarndice’. Her Father won his case but the whole of the estate and more besides was swallowed up by the costs and also the Grant and Dixon money was greatly mismanaged.

The pastel portrait of Mrs Grant is charming, she must have been a most beautiful woman, the picture is of the Jane Austen type with her beautiful hair falling over her shoulders and dressed in a white dress with puffed sleeves and a very high waist. There was also a miniature of her, her husband and son and also two most fascinating sketches one of Mr Richard Grant Jnr full length entirely in green with a green tail coat and white stock and one of the old straight top-hats. His son Frederick also in green bare headed with a riding switch in his hand. Apparently Mrs Wakefield’s sister has got miniatures of old Richard Grant and his wife and Maria Dixon and finally the big picture by Hogarth was sold at Christies and bought by Colnaghi. So if I can trace this I shall have 4 generations of the Grants. Anyhow they are going to photograph all the miniatures etc. that they have got.

Mrs Wakefield being Scotch and superstitious tells me that the picture of Mrs Grant suddenly fell just before or after (I can’t remember which) my letter arrived. Maria Dixon seems to have been very clever with her fingers — the Wakefields have got a silver medal presented to her for a sepia drawing she did which they have got, a beautiful thing, they have also got a board on which is pasted the Duke of Wellington in folded tissue paper on horseback, simply done by skillful manipulation, an extraordinary clever bit of work. Her husband was a great geologist and published a book on the geology of Sussex. There is a miniature of him. 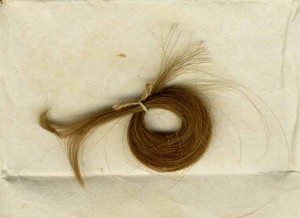 It seemed so queer to be looking at things which actually came from this house, the tray tea was brought in on belonged to the Grants and a Chinese cabinet, an early 18th century sideboard (very fine carving) and chairs of the same date. We looked through a deed box belonging to Major Wedderburn and they have lent me various deeds etc to look at, from which it appears that the old Richard Grant got heavily into debt and made over the house to his son, while he retired to his Rectory. What delights me is that the Wakefields are as keen almost as I am an are leaving no stone unturned but I fear the chance of Entrance Books is but slight as Mrs Wakefield said her Father was days up in Bridge Avenue turning out etc.

Among the things I brought back was a lock ‘of Mama’s (Mrs Grant’s) hair aged 19 and a letter to Miss M Grant, Little Dean’s Yard, Westminster dated 1825 which thus returns to its original destination after 84 years! By a curious coincidence on looking at this letter again I find it dated Feb 14th Noon. Tomorrow therefore it completes its 84th year. It has delighted us as much, I suspect, as it did the original receiver. It is a copy of a genuine cobbler’s bill which I think one Moore sent to Miss Grant thinking it might amuse her. 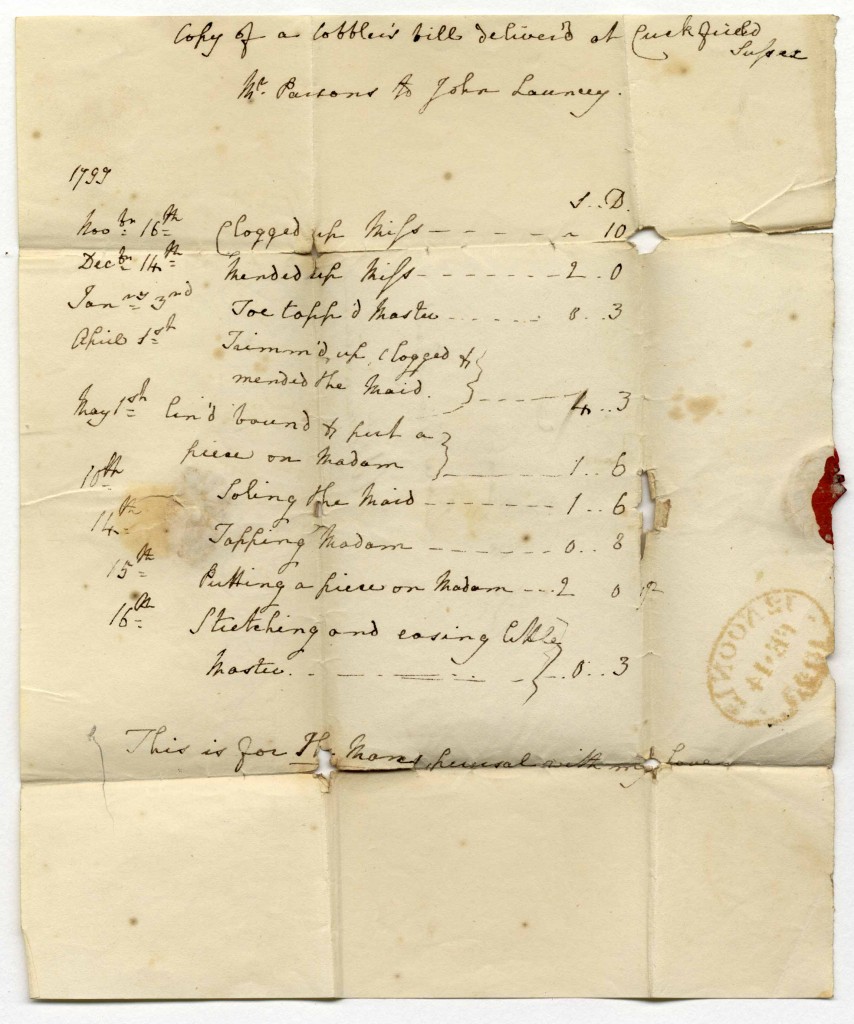 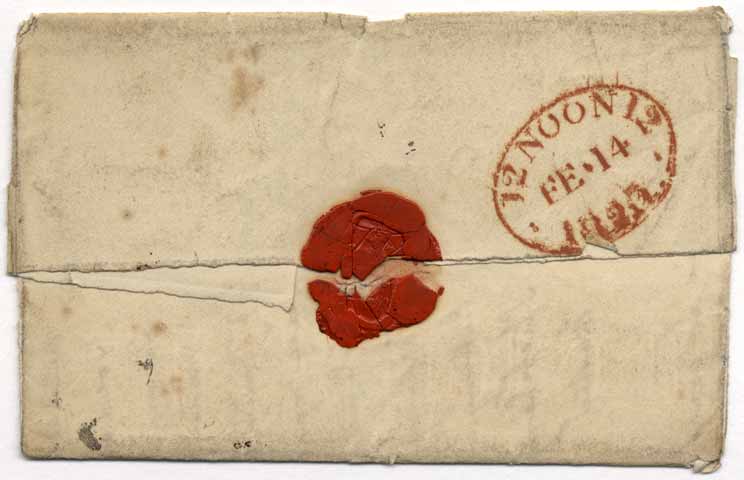