Home-Boarders with that courtesy which is so marked a trait in such typical types as Bonner and Circuitt (The ‘Scis’ have lately delighted us by calling Circuitt ‘Shirk it’, a really witty variation and typical of his play. We are so annoyed we didn’t think of it ourselves) went and ‘grabbed’ (there is no other word) the shield from Ashburnham after Hall today. I do not think I ever remember anything quite so discourteous, everybody knows that at Westminster at least a week elapses before one House takes a Shield etc from another House after they have won it. But this is nothing to the gross breach of Westminster etiquette of which they are guilty. Apparently Bonner of someone came up to Formilli a junior Monitor of Ashburnham and said ‘we are coming to fetch the Shield after Hall today.’ Bonner, as he ought to have known perfectly well, had no right to say such a thing; it is proper etiquette for the Head of House which holds the Shield etc to ask the new winners after a day or so when they would like to come and fetch it. Low was not informed till after Hall today, he was angry at the time but forbore to say anything.

The Cadet Corps were inspected today by a Captain from the War Office who is going round the Schools. The Corps were quite smart and I gather the Captain was very pleased with them. Afterwards I went into the Gym and had the satisfaction (the great satisfaction!!!) of seeing Hobson beat Bonner in fencing by 5 hits to 3 thus wining the medal which again falls to a Grantite and establishing his right to go down to Aldershot to represent the School in fencing. 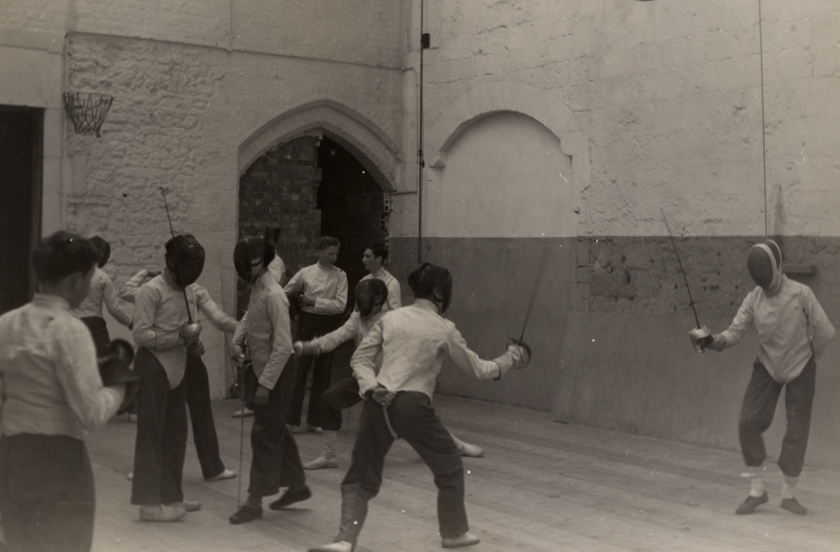 Miles made a raid into Raynor’s [Master of the King’s Scholars] garden after balls; I am always alarmed and glad when he gets back safely as I know nothing about it officially. Especially tonight was I alarmed at hearing Hobson saying cheerfully and loudly ‘It’s safer to come down backwards’.