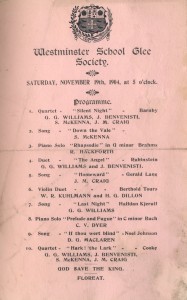 I am up against a stone wall, the first I have encountered in my year of office. Yesterday about 6, as far as I can make out, certain people came down from a Concert of the Glee Soc. and had a real good rag in Hall and the apparent result was shown last night when one of the legs of one of the long forms came to bits and the form, generally, was smashed up. This evening I intended to inquire about it.

The first ‘brick’ was when Collier who might have had something to do with it retired to bed with a headache after the Field-day of the Corps today. As I had to find out I went up just before prayers and I think roused him from sleep and asked ‘Are you or are you not concerned in the form-smashing last night?’ He replied ‘No I am not’ so I thanked him and withdrew.

After prayers I ‘halled’ and told Sedgwick to send me all those who were in Hall at 6 o’clock last night and who were concerned in the form-smashing. After a pause he returned to say he couldn’t find any. I then sent him to fetch ‘all those responsible for breaking up the form’ and there was again a lengthy pause (Tomlinson I could hear telling people to send for young Hobson!) Return of Sedgwick to say no one was responsible there but they were with Mr Tanner.

I then told him to send me Hodgson who seemed nervous but I do not think he knew anything about it. I asked him if people clearly understood what I wanted and he replied ‘yes’ and whether it was a fact the culprits were with Father. He thought so and in reply to further questions said he thought the damage to the form was done after tea but he didn’t seem to know much about it so I dismissed him and there the matter rests for the present at deadlock. The matter is complicated by the people in with Father: Radford, Shore and J. John are about to be confirmed on Saturday so of course I can do nothing for the moment. Tomorrow’s developments may be interesting.

Oxley told me quite a touching story of Burrell this morning. I had given him my Little Go papers with the answers I got scribbled in the margin and like a fool in the first Algebra sum I had written 10c-b (I think) instead of (10c-b)/10. Burrell was very worried about this which, of course, I had put in my actual papers and wanted to insert the 10 in the printed paper under my answer that I might not be disheartened if I discovered my mistake, but he thought I might recognise his figures so he left it!

Yolland heard today he was through Additionals, shall I hear tomorrow that I am —– what? 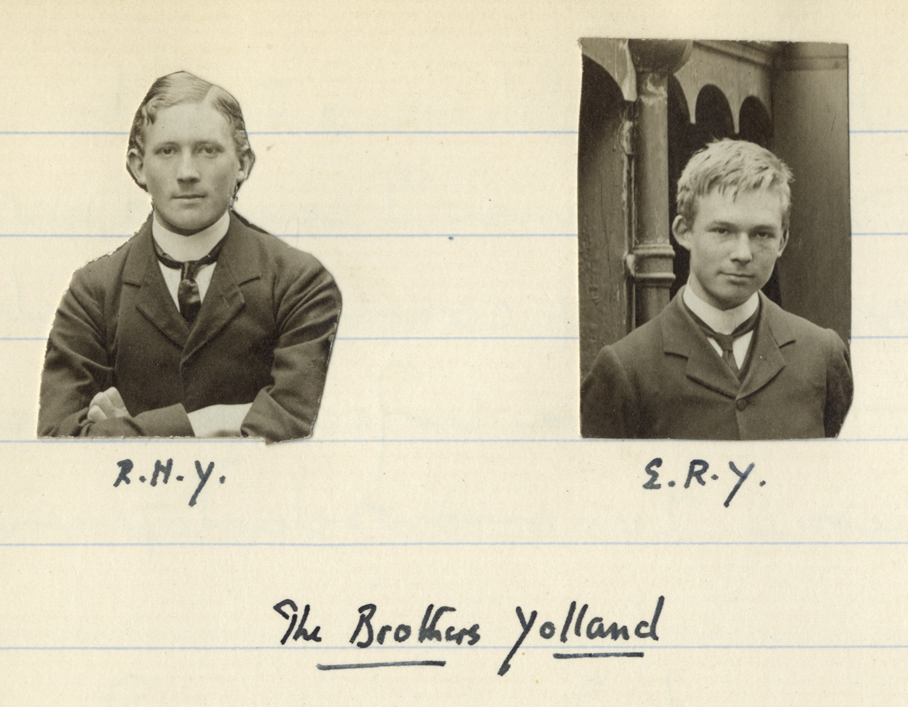